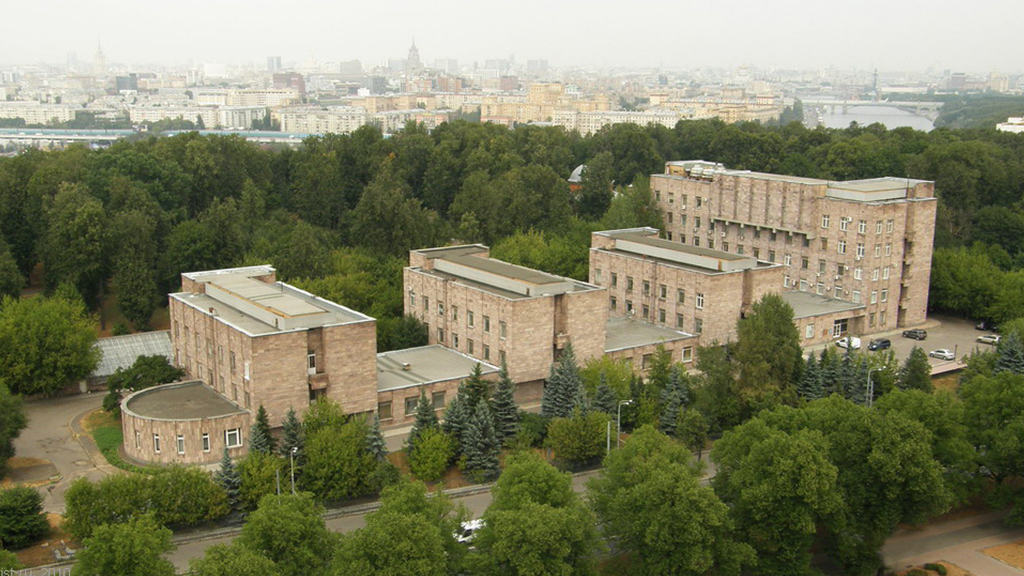 In the second half of the XX century Academician Nikolai N. Semenov who has an amazing gift of scientific foresight predicted the prospect of merging chemical physics with biology. Later Academician Nikolai M. Emanuel starts supervision of scientific development of chemical physics in the biological direction. Academician Emanuel himself said “I have never changed chemistry, except to greatly fulfill it first with physics and then with biology.” Since then, Academician Emanuel dreamed of having his own institute reflecting the specifics of his scientific vocation – kinetics in chemistry, biology, and medicine. His dream was realized by his students and followers. Institute of biochemical physics of RAS was created on September 26, 1995, and was named after Academician N.M.Emanuel by Decree No. 198 of the Presidium of RAS of September 26, 1995.

In 2019, our Institute turned 25 years old! During this time, the Institute has grown and strengthened, and along with the Institute, a new scientific field - biochemical physics - has been formed and is successfully developing. All this is the result of the progressive development of multidisciplinary research, which determines the success and breakthrough nature of the achievements of modern science. Biochemical physics is a highly interdisciplinary field of science that includes physical, chemical, and biological aspects of the study of complex biochemical and more complex chemical systems than simple molecules. Currently, biochemical physics has emerged as an independent, holistic and well-structured area with its own concepts and distinctive features, which are opened up by the cross-fertilization and "cross-pollination" of chemistry, biology, and physics. An outstanding scientist, the founder of supramolecular chemistry, Nobel Prize laureate Jean-Marie Lehn said: "Singling out concepts and creating terms for them plays a very important role not only in shaping a new field of science, but also in activating the creative imagination of the researcher. One "magic" word that is well chosen is enough for the flight of the imagination. A successful term itself stimulates the development of the concept. All of the above, indeed, applies to biochemical physics. Thus, the potential for development laid down by the founders of the Institute is being successfully realized at the present time.

The structure of IBCP includes 24 scientific laboratories, with 3 laboratories of the Department of Electrophysics of Organic Materials and Nanostructures and the Laboratory of Biosensor Technologies on a Chip of the Advanced Research Foundation, as well as the Center for Magnetic Spectroscopy, Center for X-ray Diffraction Analysis, Shared Research Facilities “New Materials and Technologies” and Center for Mass Spectrometry of RAS. The Institute has 279 employees, including one member of RAS, two corresponding members of RAS, 52 Doctors of Sciences and 129 Candidates of Sciences.

Strategic areas of the Institute

At present, the following major, actively developing areas of modern biochemical physics can be distinguished at the Institute:

Development of new biocatalysts and biocatalytic systems, including those in the form of immobilized cells of microorganisms and algae, for resource-saving technologies for obtaining organic compounds from biomasses, as well as for neutralizing toxic substances, including dangerous products of chemical and biodegradation of superneurotoxicants. Computer modeling of complex enzymatic reactions and the functioning of polyenzyme systems necessary for creating new biotechnological processes.

New resource-saving and nature-based technologies for the energy sector

Creation of fundamental foundations of new biocatalytic processes for obtaining biofuels from renewable raw materials and integrated processing of biomass into gaseous and liquid fuels. Development of physical and chemical methods of obtaining high-octane bioadditives to fuels, including those based on the use of magnetically controlled nanocatalysts. Fundamental research in the field of photovoltaics, creation of technologies of innovative production of high-efficiency photovoltaic nanoconverters of solar energy of new generation based on metal-oxide and perovskite solar cells. Energy accumulators based on graphene.

New composite materials based on polymers, biomacromolecules, nanomaterials and methods of research of their properties

Study of processes in biological and biologically important chemical systems involving electron-excited states. Photophysics and photochemistry of biomacromolecules and biological structures. Study of physical and chemical bases of photobiological processes including molecular mechanisms of visual receptivity. Development of photo-, chemi- and bioluminescent methods of research of biologically active compounds.

Research and creation of new nanocomposite metamaterials realizing the effect of giant Raman scattering for bioanalytical purposes. Study of new highly sensitive bioelectrocatalytic and optical systems for biosensors. The search for new principles and creation of systems of noninvasive probing of vital functions and pathological states of the body. Study of mechanisms of bioanalytical processes and creation on this basis of sensor systems and materials for highly sensitive, express and multiplex detection and monitoring of concentrations of biomacromolecules, metabolites, xenobiotics, biological agents and pollutants in human and animal organisms, environment, food products and raw materials. Development of high-precision methods for the determination of mass, chemical, structural, optical and catalytic characteristics of individual biologically important molecules. Development of algorithms for multiparametric analysis of analytical information and construction of predictive models.

Studies of the structure, properties, functioning and molecular polymorphism of biomacromolecules with the use of modern physical methods and methods of mathematical and quantum-mechanical modeling of bioprocesses using modern supercomputers. Study of molecular and cellular mechanisms of pathogenesis, mutagenesis and carcinogenesis, including the development of oxidative stress in living systems as a universal source of pathologies. Study of mechanisms and effects of low-intensity physical and chemical factors on living organisms (ionizing radiation, biologically active substances, ecotoxicants, etc.). Comprehensive study of bioantioxidants mainly with pharmacological potential and creation of antioxidant pharmacotherapy. Development of new drugs: antitumor, anti-inflammatory drugs, a new generation of ophthalmology and photodynamic therapy. Creation of new methods of clinical diagnostics. Analysis of brain metabolic processes in norm and pathology by magnetic resonance spectroscopy methods. Tissue engineering.

Study of structural, thermodynamic and kinetic aspects of interactions in polyfunctional multicomponent systems of biopolymers, development of physical, chemical and enzymatic approaches to the rational fractionation of plant raw materials to obtain ingredients for functional and therapeutic foods. Creation of scientific basis for the development of a wide range of natural emulsifiers and stabilizers of new generation as well as delivery systems with easily variable composition and structure based on food proteins for food and pharmaceutical industry. Development of methods for obtaining highly soluble composite ingredients based on food biopolymers and plant antioxidants to enrich food products with essential polyunsaturated fatty acids (omega-3 and omega-6). Creation of a methodology for the study of native starches of different polymorphic structure and prediction of the use of starches in various food systems. Study of the nature of chemical changes in food products during their storage and technological processing.